Yeah, I know…I should be out fighting the bad guys…but a girl has to take a break sometimes. My first adventures won’t be coming out until mid-2016 and I know I need to give you something to keep you interested in my stories.

But yacking too much will keep me away from doing what I need to do in the real world. So, how about I do this?

The people who know me, know I’ve kept a journal since I was nineteen years old. I had to. It’s part of who I am. At least according to my mother. My dead mother. And that’s not the only thing dead around here. Spring, Nevada doesn’t quite live up to the bright lights of Sin City just over the hill. Add to that the fact the house is haunted and you’ve almost got my life in a nutshell.

And no, it’s not my mother haunting this old painted lady. It’s a man and a fine specimen if I say so myself. But I get ahead of myself. I’m thinking you’ll need some background information before you get all the nuances of my world. There are a lot of them. 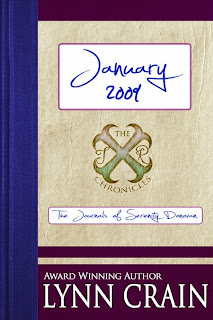 Starting the first week of November, 2015, I will post the first month of my journal. I’ll also post one of my first encounters with something from the other side. Well, he wasn’t quite from the other side but it’s definitely not what one normally expects to see in their small town. I see a lot of odd and weird things in Spring. I even have to help solve a murder. Or two.

Here you’ll find things like cover reveals, tidbits about the people and creatures I meet in my life. And more. Most definitely more.

That’s it for the day…I’m back to fighting those things that go bump in the night…and the rest of the supernatural realm. Have a great week!
Serenity
at 12:01 PM No comments:
Email ThisBlogThis!Share to TwitterShare to FacebookShare to Pinterest
Labels: adventures, beginning, journal, Nevada, Serenity Donovan, short stories, small town, Spring, supernatural, undead
Home
Subscribe to: Posts (Atom)

Ever wonder what's on the other side?
Well, don't. It's not necessarily the fantasyland most people imagine. It's more complicated than that. I should know, I visit more often than just about everyone.
The only difference is I live to tell the tale.
Then there’s Jasper. Oh, my, he’s the kind of guy a girl wants to bump pelvises with and never look back. There’s just one minor problem. He’s a ghost who’s still blamed for a 150 year old set of murders that he had nothing to do with.
So instead of him doing the deed and talking dirty to me, I have to prove him innocent. Then maybe – just maybe – he’ll give into those things he says he doesn’t feel.
Serenity Donovan
September 2015